My daughter wrote a story herself a while ago. A story about a crazy daddy with a fantastic imagination. I have studied and redrawn the book according to her idea.
The story of a crazy dad. By Alessandra D'Angello (6 years old).
Every child is born blessed with a vivid imagination. But just as a muscle grows flabby with disuse, so the bright imagination of a child pales in later years if he ceases to exercise it.
(Walt Disney)

L: once upon a time there was a daddy and he was crazy
R: and he eats sweets for breakfast

L: and sweets for dinner and he speaks a foreign language.
R: and he put his underpants over his pants

L: and he colors with a stone.
R: and he has a pet, a cat-tailed elephant.

L: and he made a pasta with popcorn.
R: the end. 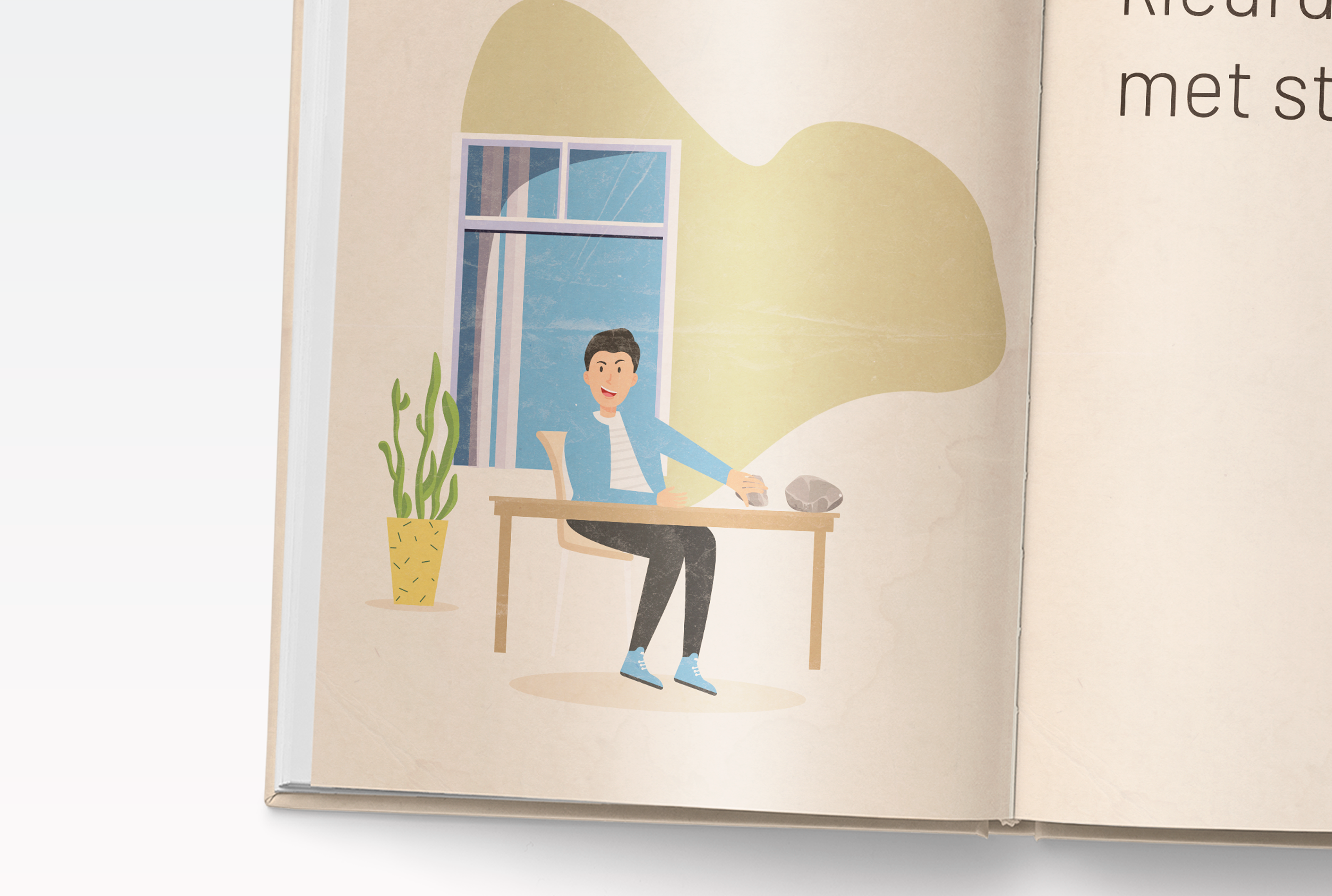 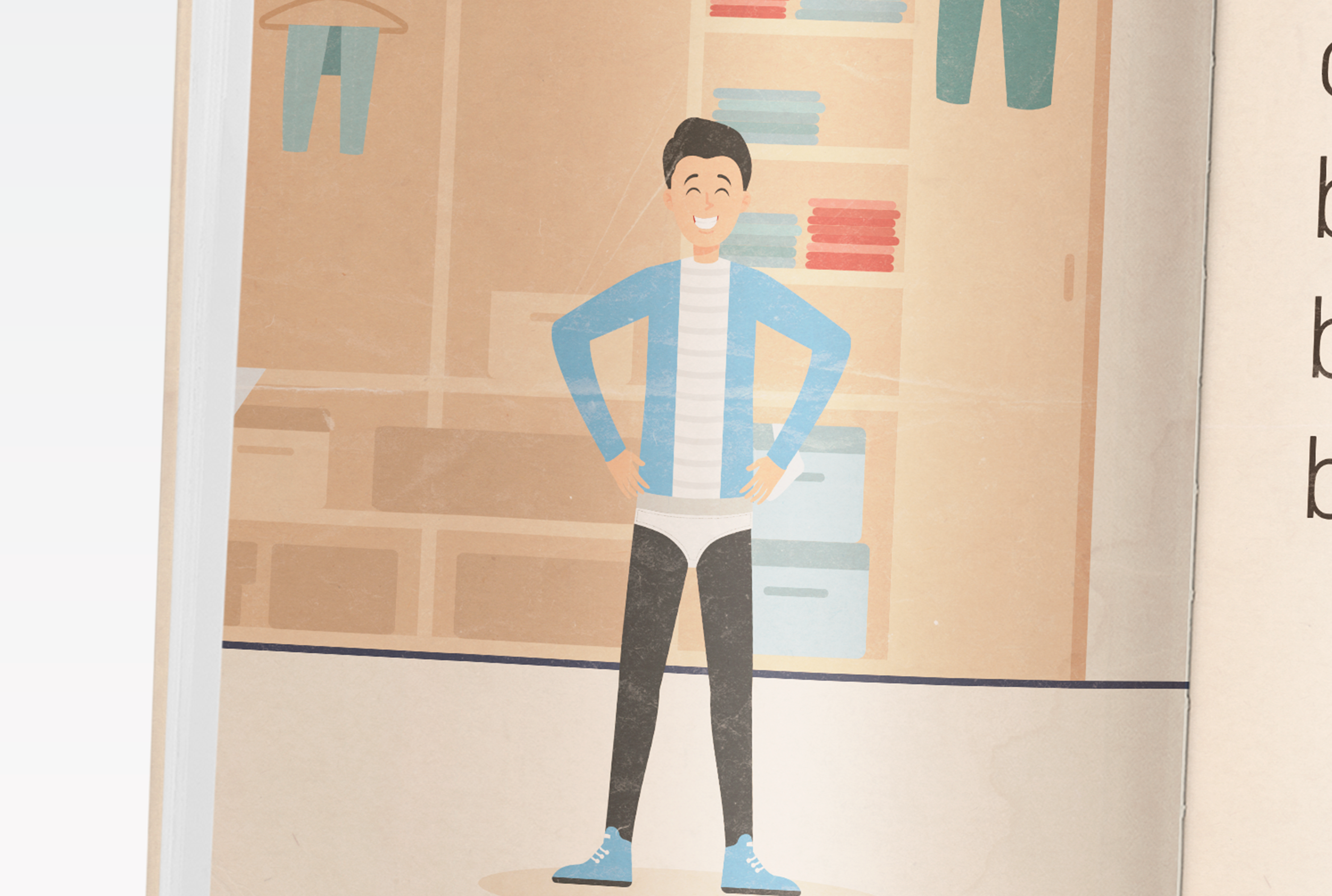 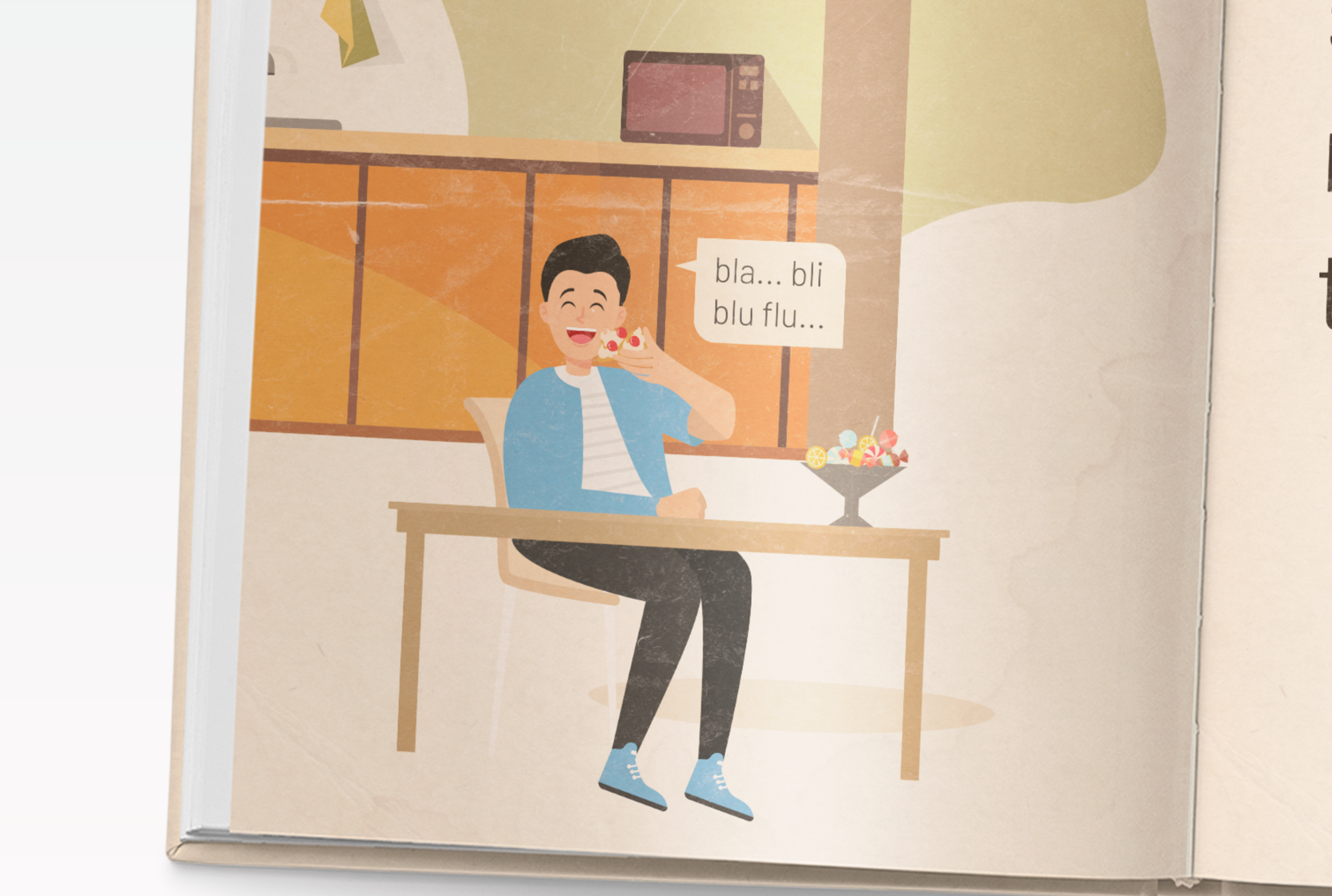 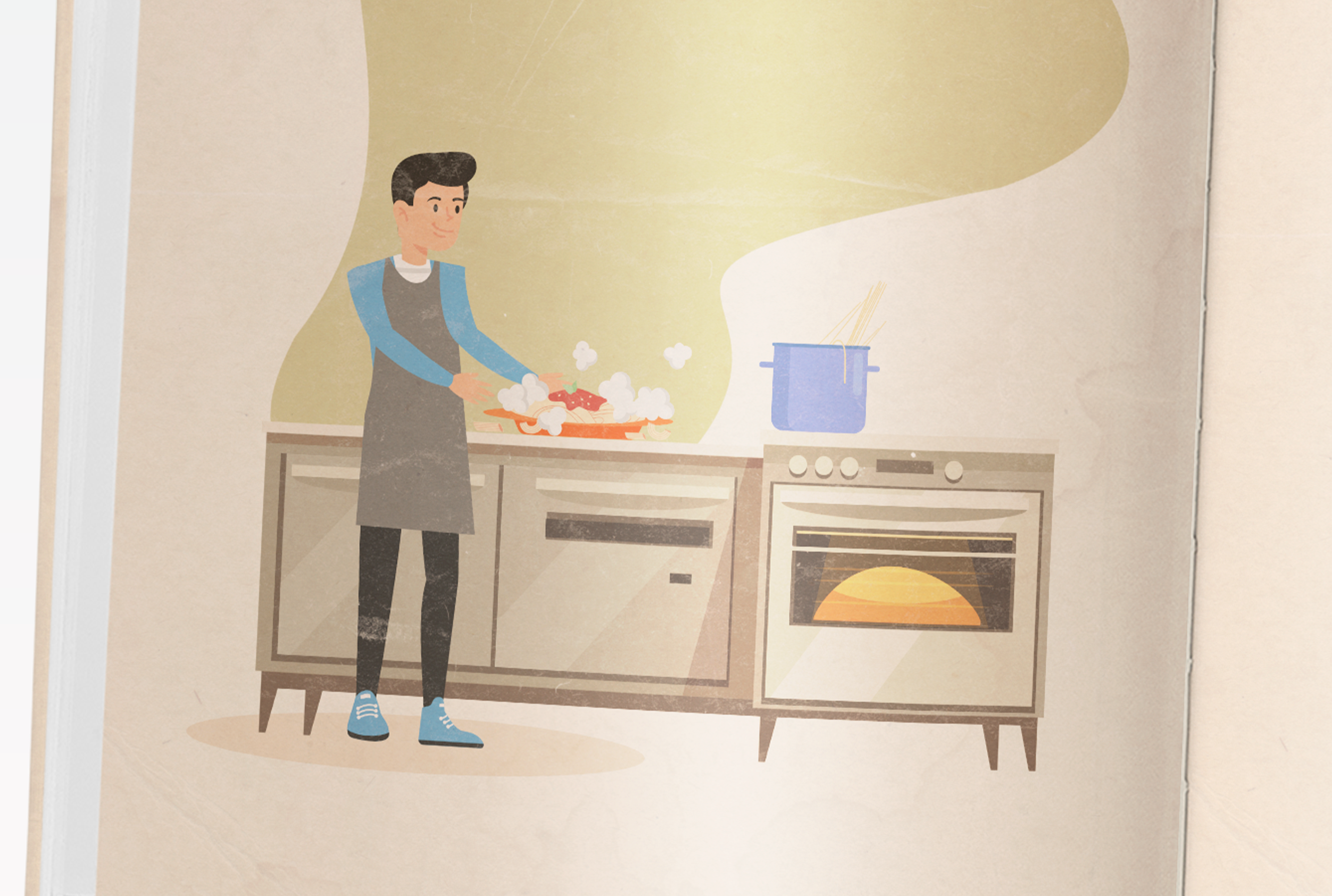 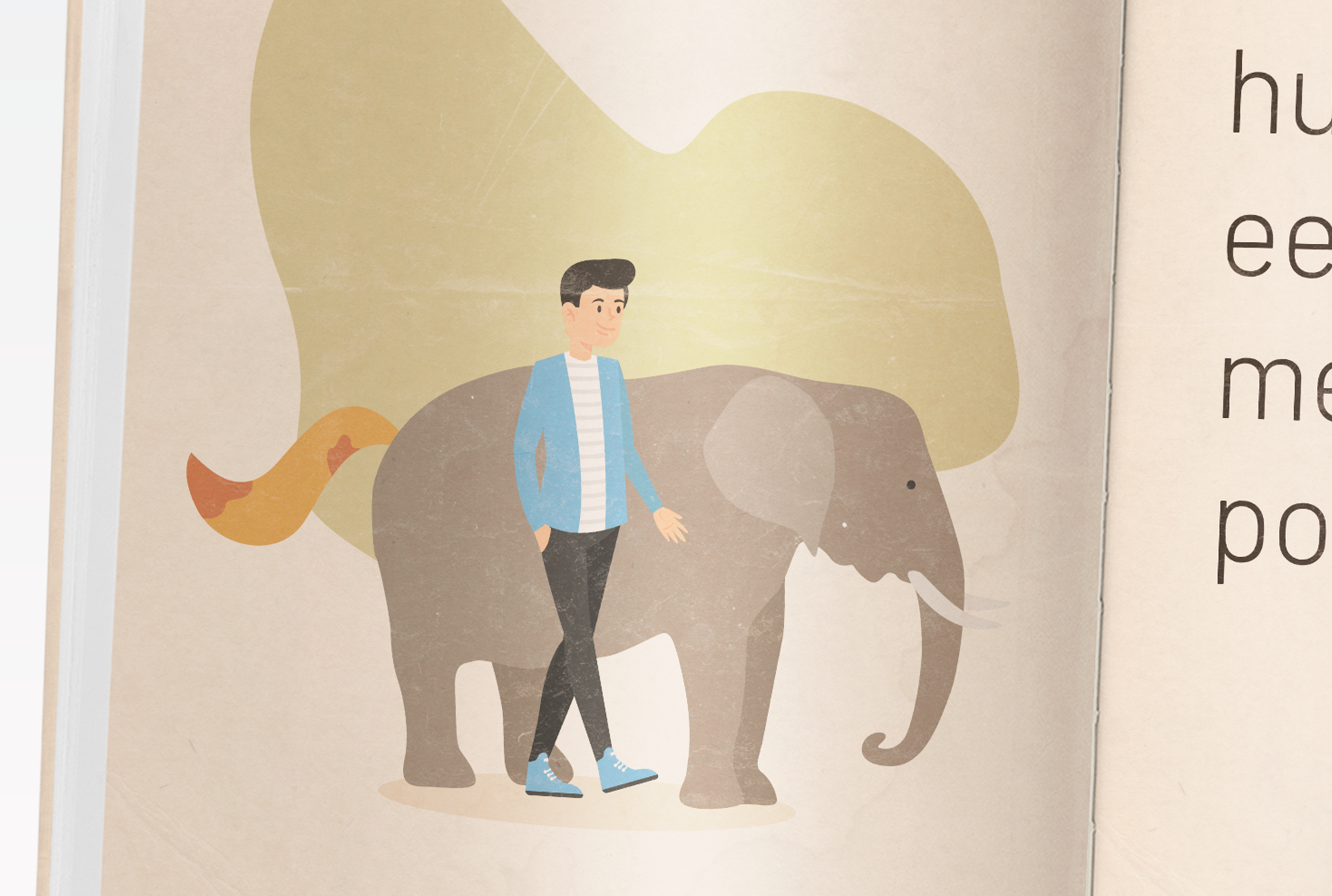 We use cookies to ensure that we give you the best experience on our website. If you continue without changing your settings, we'll assume that you are happy to receive all cookies on our website. However, if you would like to, you can change your cookie settings at any time. Accepteren